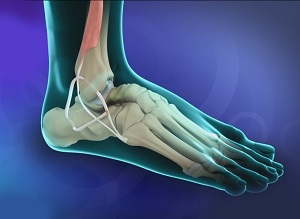 What is Ligament Reconstruction?

Why is Shoulder Ligament Reconstruction Performed?

Shoulder ligament reconstruction is performed to:

What are the Commonly Injured Ligaments in the Shoulder?

Several ligaments support the shoulder joint. The ones commonly injured include:

What Happens During Shoulder Ligament Reconstruction?

Shoulder ligament reconstruction surgery involves the repair of torn or stretched ligaments so that they are better able to hold the shoulder joint in place.

Shoulder ligament reconstruction surgery can be performed arthroscopically through small incisions using tiny instruments. Some patients may need an open surgical procedure which involves a larger incision over the shoulder to perform the repair.

During the surgery, overstretched capsules and ligaments are tightened. A tissue graft or artificial prosthesis may be used to reconstruct a shoulder ligament. It is inserted into holes drilled in the bone and secured.

What are the Ligaments that Support the Knee Joint?

The anterior cruciate ligament is the most commonly injured knee ligament.

What is Knee Ligament Reconstruction?

When is Knee Ligament Reconstruction Indicated?

Knee ligament reconstruction may be recommended if:

The procedure is performed under general anesthesia. A tissue graft is harvested from the patellar tendon or hamstring tendon. The patellar tendon connects the bottom of the kneecap (patella) to the top of the shinbone (tibia). The hamstrings are muscles located on the back of your thigh.

Your surgeon will make two small incisions around your knee. An arthroscope, a small video camera, is inserted through one incision to see the inside of the knee joint. Along with the arthroscope, a sterile solution is pumped into the knee to expand it and enable your surgeon to have a clear view of the inside of the joint. The torn ligament is removed and the pathway for the new tissue graft is prepared.

The arthroscope is reinserted into the knee joint through one of the small incisions. Small holes are drilled into the upper and lower leg bones around the knee joint. These holes form tunnels in your bone to accept the new graft. The graft is then pulled through the predrilled holes in the tibia and femur. The new tendon is then fixed into the bone with screws to hold it in place while the ligament heals into the bone. The wounds are then closed with sutures and dressed.

What are the Ligaments that Support the Elbow?

The elbow joint is supported by the:

These ligaments provide stability and strength to the elbow joint.

What is Elbow Ligament Reconstruction?

Elbow ligament reconstruction is considered in patients with a ruptured elbow ligament. The first procedure was performed in 1974 on baseball pitcher Tommy John to repair the ulnar collateral ligament.

What are the Causes of Elbow Ligament Injuries?

The elbow ligaments may be injured due to a sprain or rupture resulting from repetitive stress, overuse or a direct injury.

Elbow ligament injuries commonly cause swelling and pain, which may extend from the elbow to the forearm and palm and may be aggravated by movements of the wrist. Sometimes instability of the joint may also be seen.

Your surgeon will make an incision over the elbow. Care is taken to move muscles, tendons, and nerves out of the way. The donor's tendon is harvested from either the forearm or below the knee. Your surgeon drills holes into the bones of the upper arm and forearm, around the elbow joint. The donor's tendon is inserted through the drilled holes in a pattern like that of the original ligament complex. The tendon is then attached to the bone surfaces with special sutures. The incision is closed with sutures and covered with a sterile dressing. A splint is applied to support the elbow for a few weeks. After the surgery, you might be advised for regular follow-up and a rehabilitation program for a better and quicker recovery.

As with any procedure, ligament reconstruction may be associated with certain risks and complications including: 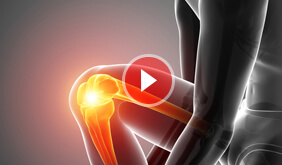